The Reds were in action once again this week as the team’s immensely busy fixture list continued.

It was the Italian underdogs, Inter Milan, who put up a greatly convincing display in what was a tremendously ‘high stake’ encounter.

Although Liverpool proceeded to the quarterfinals thanks to a superior aggregate scoreline, it was the Italian side who earned a narrow victory on Wednesday evening.

This highlights the fact that the Reds indeed possess a number of vulnerabilities, which creates a degree of worry for future games as they attempt to add additional silverware to the season’s campaign.

In order to better understand the possible reasons behind the team’s most recent loss, let’s delve into an analysis of their latest Champions League fixture, while highlighting 3 main talking points from the game.

Diogo Jota has certainly played a greatly pivotal role in the team this season, however, since returning from a spell on the sidelines, as a result of an ankle injury, it feels that the Portuguese attacker has just not been his usual self.

Jota made his official return to the pitch in the club’s Carabao Cup victory against Chelsea in which he positively contributed towards a winning penalty shootout.

Despite this, it has been noticed that his recent matches have been greatly lacklustre and off-the-pace compared to the attacker’s past displays in which goals and assists were always in absolute abundance.

Honing in on the Inter Milan encounter specifically,  it is fair to say that the player’s performance was far from his best.

Jota was guilty of being caught up in possession on plenty of occasions which gave the opponents lots of easily avoidable opportunities to penetrate our defence.

In harsh reality, many agree that the attacker was even possibly the worst performing player on the pitch.

Let’s be fair, it has to be expected of a player who is returning from a spell on the sidelines, to be slightly rusty and short of match sharpness.

Therefore, it only feels right to say that Jota should be granted a bit more time to return to his pre-injured form before such strong judgements are formulated.

However, this does not take away from the importance of such a narrative in this current moment, as an underperforming attacker has the potential to place huge added pressure on an already busy period of football.

Furthermore, although the Reds got away with it this time (only based on aggregate), future games in which an attacker underperforms, may not play out in the same vein.

This is a primary piece of analysis that was drawn from the Reds’ recent loss at Anfield and certainly something worth keeping an eye on for Liverpool’s season run-in.

Luis Diaz, a Much-Needed Addition To the Team.

The January transfer window took many Liverpool fans by surprise as the Reds sealed a last-minute shock deal to acquire the services of Columbian star, Luis Diaz.

The player has proven to be a greatly exciting addition to the squad and has already made his mark by injecting loads of energy into games while also creating plenty of offensive chances.

The no. 23 has also recently become a go-to pick for the team’s starting lineup having been chosen to start in 3 of the Reds’ last 5 matches.

Prior to the player joining the team, Liverpool were believed to be well covered in terms of back-up attacking playing options. However, as a result of Roberto Firmino and Diogo Jota’s simultaneous injuries, and their time spent on the sidelines, such a luxury quickly disappeared.

This meant that the signing of Luis Diaz, all of a sudden became a greatly important move on the part of Liverpool FC and could arguably even prove to be the most pivotal moment of the club’s season.

Diaz was introduced to the team late on in the club’s defeat to Inter Milan on Wednesday night and proved to make a strong positive impact to the team’s performance, despite only playing for 7 minutes.

This game once again showed just how well the Columbian has fitted in at Anfield. His fast pace and forward-thinking playing style is a breath of fresh air and gels with the team’s current strategic approach to the highest degree.

Although he was unable to turn the game around after being subbed on, it has to be said that Diaz is an incredibly exciting player and someone with the potential to greatly drive a successful Champions League campaign for the Reds this season.

Alexis Sanchez; Lucky Not To Be Sent Off in the 1st Half

The Champions League encounter between Liverpool and Inter Milan proved to possess a fair share of ‘sting’ and aggression. Fouls were committed in great amounts as the referee awarded a total of 9 yellow cards throughout the evening.

It was Alexis Sanchez who became the central talking point in the 1st half, as the player committed a risky high tackle challenge on Liverpool midfielder, Thiago.

After initially seeming to be greatly hurt by the challenge, Thiago was able to shake off, what proved to be only a little knock, while Sanchez proceeded to express his apologies for the dangerous tackle.

Replays indicated that this was indeed a studs-up challenge which landed above the Spaniard’s ankle, causing many to ponder about the possibility of a red card. However, such thoughts were quickly squandered by the referee.

It was indeed not Alexis Sanchez’s night, as the player was shown a 2nd yellow card after a reckless challenge in the 63rd minute, leaving his team with 10 men for the final third of the match.

Although Liverpool were given this extra window of opportunity to stamp their presence on the game, it makes one wonder how the outcome may have been different should the Inter Milan striker have been sent off in the 1st half, as it would have surely altered the Italian side’s style of play, and maybe thus the result of the match. 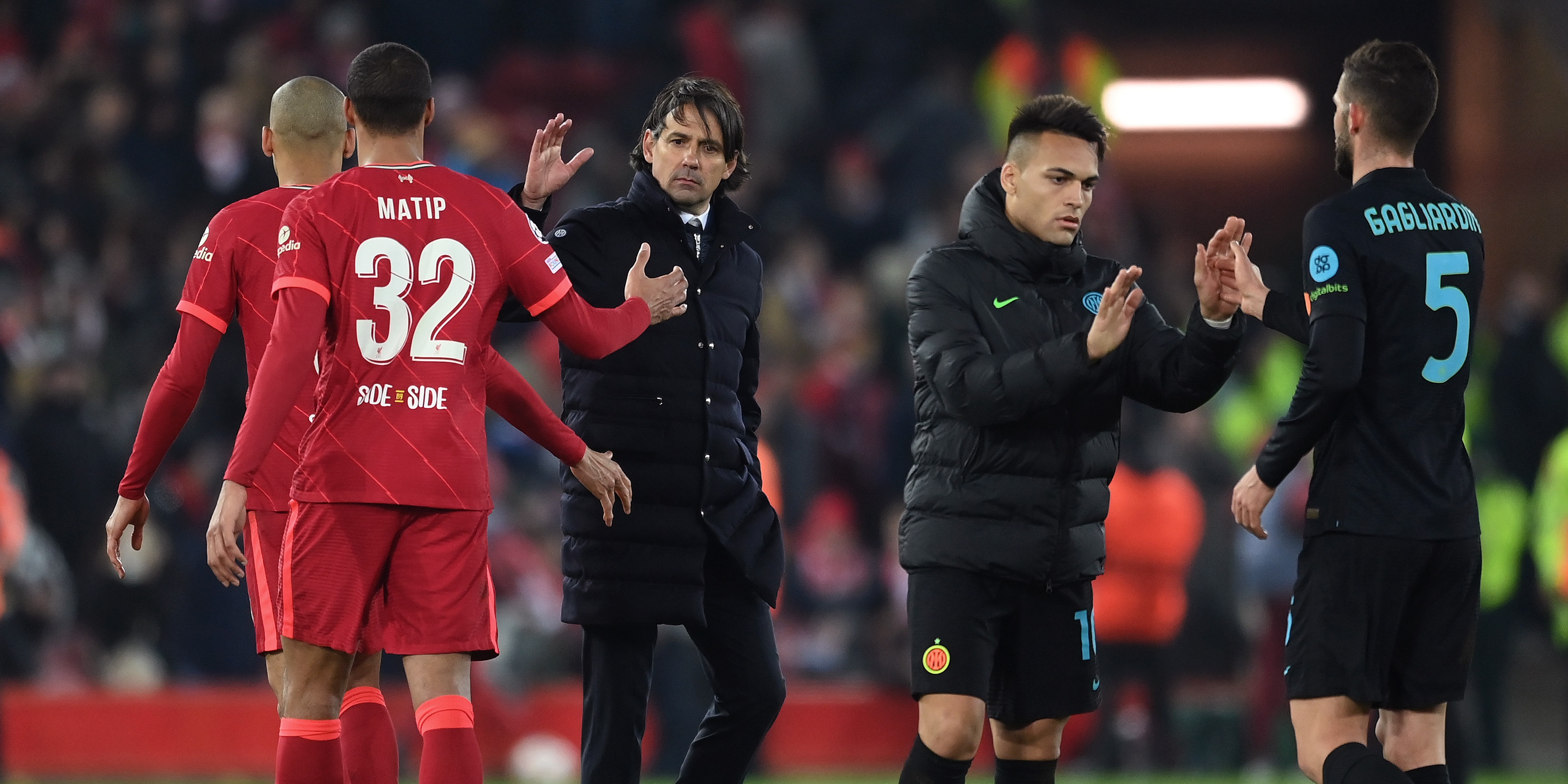 Nevertheless, it is the Reds who advance to the next round of the competition.

It is clear that Wednesday’s encounter against Inter Milan was not short of ups and downs.  It is Diogo Jota who struggled to display his expected levels of quality for the Red’s. However, in a more favourable light, he is thankfully on the mend from a very recent injury while Luis Diaz continues to show his immense class and prowess.

With these points in mind, it is believed that things are looking good for the Reds, who advance to the next round of the tournament and anxiously await the draw for the Champions League round of 16.

Standout performers in the Premier League so far

The first international break of the new season is upon us and there will be no Premier League action for a while, so at...
Read more
News Now

Starting on Friday with Arsenal vs. Brentford, the 2021-2022 Premier League season is not short of headlines. Will Manchester City make it four titles...
Read more
- Advertisment -

Cristiano Ronaldo’s return is amazing news for the Premier League

Having Cristiano Ronaldo back in the Premier League has increased the excitement factor and should make this one of the most thrilling title races...
Read more
Load more

Why Eder Militao may not be the perfect option for Liverpool

Eder Militao is reportedly available for a loan move or transfer this window, but who will be looking to sign the Brazilian? Real Madrid, according...
Read more

Premier League Central is an independent website that strives to deliver creative and insighftul content every day.